Hoskins: CMA must learn from the OFT's mistakes

With its rebirth as the UK’s single antitrust watchdog, the Competition and Markets Authority has “the chance to transform itself from an ugly duckling into a beautiful swan”, but it must focus on winning basic cases rather than pursuing the exotic ones, a top UK competition lawyer said. Ron Knox at GCR Live in London.

A panel of barristers and economists involved in the National Grid case have debated the value of hot tubbing in competition claims, revealing why they were planning to use the method in their own case. Leo Szolnoki at GCR Live in London.

As the number of follow-on damages claims grows in Europe, a top DG Comp official says the new directive will enable the European Commission to give companies and their advisors relevant information on cartels for follow-on claims without compromising confidentiality responsibilities. Leo Szolnoki at GCR Live in London.

Although the answer will never be known, the barrister who argued the UK’s Cooper Tire litigation before the case settled says he believes the court would have rejected arguments that the tyre company claimants in the case never passed on price hikes to their customers. Ron Knox at GCR Live in London.

Nicholas leads the 'excellent, top-notch' competition litigation practice in London. His extensive experience litigating before the High Court and the Competition Appeals Tribunal enables him to represent clients in a wide range of industries, from financial and industrial to transport and technology.

Anthony Maton, London Managing Partner at Hausfeld, has 25 years' experience of litigating claims in the United Kingdom and across the globe, and has been a law firm Partner for the last 16 of those. For the last 10 years Anthony has set up and then lead Hausfeld & Co LLP in London, where he has been at the centre of the development of Competition Damage Litigation in Europe, as well as establishing the firm as one of the go to litigation practises for actions against banks.

This conference is accredited with 6 CPD points.

9.15: Session one: The decision and its consequences for damages claims

Kevin Coates, Head of the Cartel Unit at the DG Competition, European Commission, will open thi‎s session with an introductory speech. The panel will then consider practical issues arising in damages claims from the form and nature of Commission decisions including:

The panel will discuss the practical lessons to be learnt from Cooper Tire, the first cartel damages claim to reach trial in England. The panel, who were all directly involved, will look at the issue from the perspectives of the client, solicitor and counsel. They will address practical issues as well as discussing points of interest arising in the Cooper Tire ‎ case itself.

In this session, Kassie Smith QC from Monckton Chambers, will review some of the other key case law developments in the last 12 months, including:

14.05: Session four: "In the hot tub" – considering the use of hot tubbing in damages claims

Following the High Court decision in the National Grid case to adopt hot tubbing for the expert economic evidence in that case, the panel, who were directly involved, will consider the issues raised by the use of hot tubbing, it's suitability for use in complex multi issue and multi party competition claims and when it might be advantageous for a party to propose it and when it might not.

This session will use a case study to examine the new procedural rules being introduced in the CAT in relation to its new powers to hear competition class actions and the important new provisions allowing for collective settlements.

17.30 onwards: Delegates are invited to attend a cocktail reception at the King's Fund 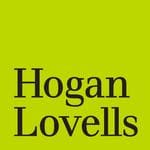 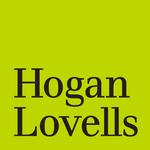